Troy is a friend of mine, and I’ve written a little review of his new album below, cross-posted from the Kineti blog.

Please, please, please support Messiah’s musicians by purchasing Light of the World for an easy $15. (Listen to his songs on Chavah, and if you like it, click the ‘heart’ icon to purchase.) 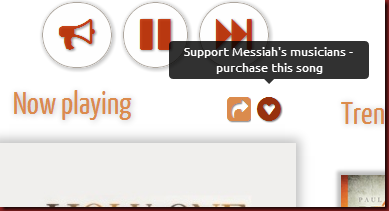 (Can’t afford it? Email me, I’ll buy you a copy courtesy of Chavah Messianic Radio.)

Below is my review of Troy’s new album. Enjoy!

“May You shine a new light upon Zion
And may we all quickly merit its light.”

-Troy Mitchell’s “Or Chadash”, based on a Siddur prayer

Last week, my buddy and fellow Minnesotan musician Troy Mitchell released one of the best Messianic albums I’ve heard in a long while: Light of the World.

Listen to samples below and hear my thoughts on the songs, I think you fine Kineti readers will enjoy.

I got a chance to attend Mitchell’s album release party last week. It was a beautiful night, shabbat had just ended, bonfires were stoked, food and drinks (and wine!) were flowing. Mitchell busted out his guitar and sang some tunes for the Lord in the open night sky. 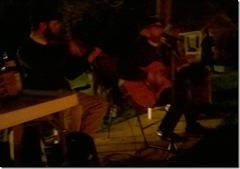 The party was a blast! Mitchell strummed his tunes for the Lord, flanked by Aaron Eby on the bongos (conga? it was dark

), and another on the violin. I really enjoyed that.

Got a chance to catch up with some old Messianic acquaintances. It really was nice to see some old friends and to hang out with other Messianics.

(Note to Messianics everywhere: music for the Lord + food + community is a great trio for fellowship!)

Mitchell is a super talented guy. As a guitarist, he’s really masterful: I  frankly feel ashamed of my own guitar skills when I hear Mitchell play.

He’s a solid vocalist, a creative lyricist. Perhaps the most striking thing about Mitchell, however, is his sincerity in worship and in person. There’s no religious façade, just a kind and sincere person who loves the Lord. When I talk to him, he strikes me as a sincere, WYSIWYG person.

This makes his music all the more likeable.

As I left the album release party, I plopped the new CD into my car stereo, hit the road, and the next thing you know, I’m singing songs of Zion:

The overall message of the album is striking, maybe even controversial.

Striking, because of its absolute focus on Israel, in its reciting the prayers of Israel, its amplification of Zion as God’s chosen place. Most of the songs are in Hebrew. It’s clear the author sees Messianic Judaism in concert with the broader Jewish community, rather than outside of it or opposed to it.

This album may be controversial. As I went through the album, I realized there is no direct mention of Yeshua. Like the book of Esther, where God is present and yet hidden, Troy Mitchell’s album is filled with Messiah, but in a way believers are unaccustomed to. Several songs are derived from the gospels, some are quotes from Messiah (Lechem, Light of the World), others from the apostolic Scriptures (Fire on the Mountain), heck, even the album’s title is taken from the gospels! But Yeshua is not directly mentioned.

Mitchell’s delicate weaving of the gospels, the prophets, the psalms and the apostolic writings in a coherent fashion is something new and unique: it shows Messiah present, as he always has been with Israel and Judaism, without being overt and clumsy about it.  That is indeed an interesting direction for Messianic music.

This has an interesting side effect: I think an unbelieving Jewish person – a Jew who doesn’t follow Jesus – would find absolutely nothing objectionable about this album. In fact, such a person would really enjoy some of the beautiful tunes for HaShem. Perhaps it is an attempt in that space to, in service to God, reach across to the broader Jewish world and help mend the 2000 year breach between Jews and Christians.

If I could find anything to criticize about this album, it’s the heavy Hebrew! I shouldn’t complain. As a budding Hebrew learner myself, I still found it hard to interpret the songs in my head; I ended up having to look up the translation for most of the songs. I did appreciate the songs that do Hebrew and English, such as Or Chadash. I suspect most Messianics – who tend to speak little Hebrew – will have difficulty with some of these songs. At the same time, I applaud the heavy use of Hebrew because it in itself is a restoration the Lord is accomplishing in the 21st century. We as a movement would do well to learn the holy tongue and deepen our knowledge of the Scriptures and our base of Israel-centered faith as well.

This album gives us fresh takes on songs of Zion, songs and prayers of Israel, and songs from the gospels that both believers and non-believing Jews would enjoy.

Musically speaking, the album is professionally worked, sharp, produced and mixed with excellence. On a deeper level, there are with moments of heart-wrenching pleas to God, moments of joyful praise in unison with the psalmists, the prophets, and the apostles. The lyrics are deep, they provoked my mind to think and reflect. The music is joyful, sometimes traditional, other times filled with a modern edge.

My takeaway from this album is that it is pleasing to God and something fitting for the broad Messianic movement. I can honestly say I’ve been enriched through the lyrics and music on this album.. I think it will be the same for you, fine Kineti readers.

You can buy Troy Mitchell’s Light of the World here for a cool $15.