Showing posts from October, 2017
Show all

Can you help? Miqedem raising funds for new album 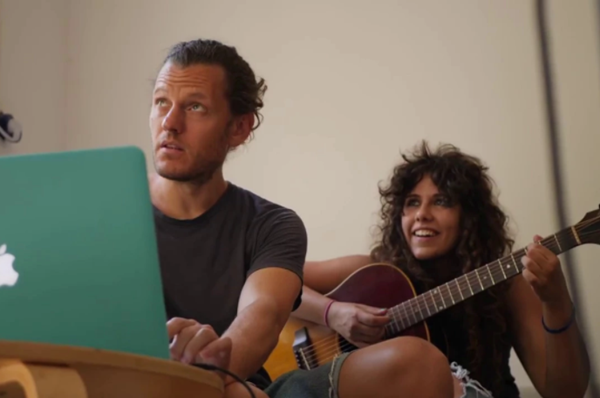 Shalom Chavah Messianic Radio fans, Miqedem has quickly become one of the most popular music groups on Chavah. Their rich, vibrant eastern sounds framing the words of the Hebrew Bible brings something fresh and new to the Messianic Jewish music genre. They are raising funds for a new album – would you help them? I just contributed $100 – will you help out as well? Everything we do here at Chavah Messianic Radio is free to you; since you have received freely, will you give freely? Thanks for helping Messiah’s musicians, fine Chavah fans.
Post a Comment
Read more

Friends, I’m saddened to announce that Messianic musician Aviad Cohen has passed away yesterday, according to a Facebook post from his family. I knew Aviad for many years; he contributed his music to Chavah years ago, and before that, I knew him through my younger brother when the two of them met in person by chance in Jerusalem. Aviad produced 4 albums for God, including 3 techno albums and 1 Scripture reading album: Hooked on the Truth Firestarter Good News to Mission Control Scripturesonics Vol. 1: The Good News Aviad’s last album, Scripturesonics, is a stirring Scripture reading album set to orchestral music. It’s my personal favorite. Aviad made big splashes when he, as a conservative Jew and rapper known as 50 Shekel , came to belief in Yeshua as Israel’s messiah . His public conversion made him a target for anti-missionaries and Jews who considered his belief in Yeshua to be a betrayal of Judaism. At the time of this writing, it's not clear how Aviad died. One friend says
15 comments
Read more
More posts