- April 03, 2020
Shalom holy friends, and an early shabbat shalom to you. I hope you're surviving the pandemic and we pray it passes soon.

We've added to the station fresh new Messianic music from Israel for your holy enjoyment: 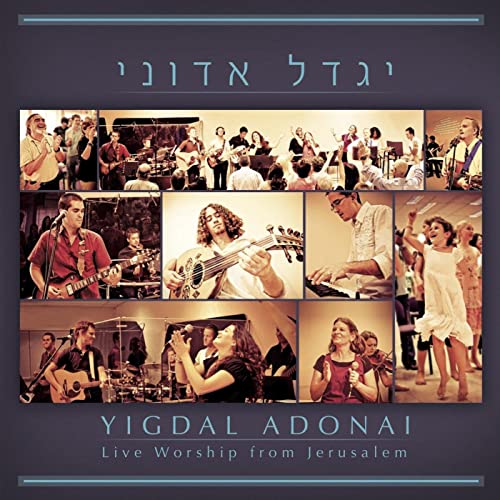 This is a live music album recorded in Jerusalem, featuring Sheli Myers and her congregation, Shemen Sasson (Oil of Joy). Sheli Myers has produced a great deal of music for the Lord, I know her from her song, "Adonai Ahuvi", and singing that one at my own congregation.

Myers and her congregation describes this new album:

True worship is one of the core values of Shemen Sasson. The Father is seeking those who worship Him "in Spirit and in Truth" (John 4:23). True worship doesn't just happen once a week in a service, but saturates every part of our life. Over the last 20 years, Shemen Sasson has been blessed to build up a worship department, in which worship is presented in excellence, with the truth of the Word of God, filled and led by the power of the Holy Spirit.

Sheli Myers is the overseer of the Worship Ministry at Shemen Sasson. She, along with others in the worship ministry, has personally written much of the praise and worship music presented at Shemen Sasson, and in other congregations throughout Israel.

"Yigdal Adonai" (Great is the Lord) is an album which captures the flavor and energy of Israel and the Middle East with authentic instruments, rich harmonies, and lyrics birthed from the Bible.


I hope you fine Chavah fans enjoy this fresh music for Messiah. You can purchase their album on Amazon or on their website, shemensasson.com. Thanks for supporting Messiah's musicians, friends.
new music