10 years ago, on February 16th 2010, we announced in a humble blog post the very first version of Chavah:

I’m really excited to show you guys something I worked on over the last few days:
Chavah – Internet Radio For Yeshua’s Disciples

It works on both Windows and Mac, right in your web browser. (Depending on how old your computer is, it may need to install a small Flash-like plug-in called Microsoft Silverlight. After that, you’re home free.)
If you’ve ever used the Pandora.com music service, this is in the same vein. In fact, Pandora is the inspiration for Chavah.
Give it a try! Hope you like it, and please let me know about any problems in the comments.


Yes, it really looked like that. I'm reminded of the saying, "Do not despise humble beginnings!"

Because the web was still in its early days, we used Silverlight plugin technology to play MP3 audio. (Back then, most web browsers couldn't natively play MP3s - amazing how far we've come since then!) 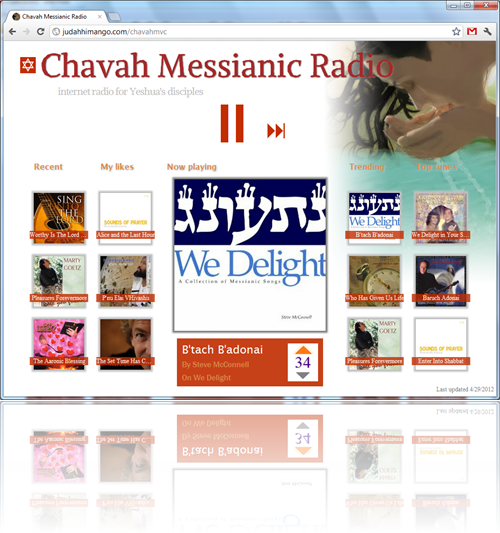 
Ha! This was pretty cool. Things really moved forward with this release; it made Chavah available on mobile phones and tablets, it worked without any plugins -- just the native web -- and featured a design refresh. The design was...an improvement? Not sure what I was thinking with all the red colors. Weird choice in retrospect.

But, this release really put us on people's radars, as we streamed over a million tunes for Messiah. 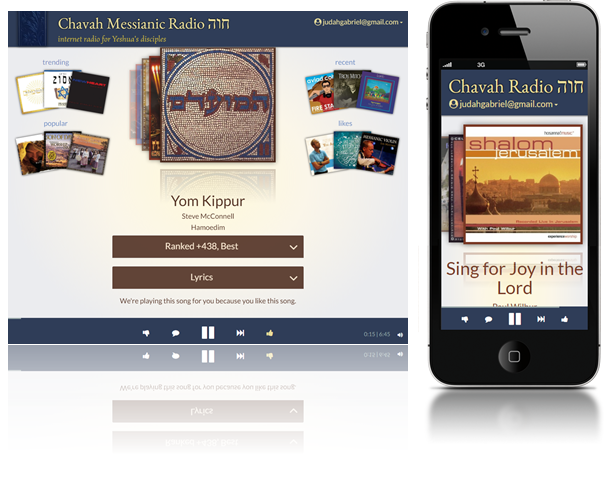 This new version works better on mobile, has more awesome features, is more secure, faster, smoother, and no longer requires the now-defunct Persona service to sign in. Woo-freakin'-hoo! Smile


That version, Chavah 3.0, is what we're still building on today. Today's Chavah has seen many improvements on top of Chavah 3.0. You might say that today we're at Chavah 3.5 or so.

We've come a long way, friends! Thanks for being with us! Here's to another 10 years of music for Messiah - cheers and l'chaim!
news