I'm excited to announce our good friend Ted Pearce has released a new 5-song EP and graciously granted us permission to play it on Chavah. Have a listen! 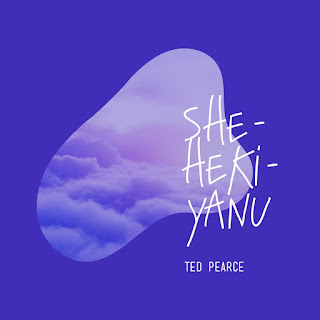 Ted Pearce needs no introduction - his music is some of the highest rated on Chavah, with several songs in the top 70 ranked songs on Chavah. I'm listening to this new music now and there's a great deal of musical joy here - just as the album name, Shehekiyanu, implies.

Shehekiyanu שהחינו is a Hebrew word meaning, "Who has given us life", and it most well known in the Jewish blessings of the same name, in which we thank God for bringing us to the current seasons:

Blessed are You, Adonai

Our God, King of the Universe

Who has granted us life, sustained us

And enabled us to reach this season

The first song on the EP is, fittingly, Shehekianu. The whole album is a psalm of thanksgiving to God - hallelu! I know you'll enjoy these holy tunes for Messiah.

When I talked to Ted about playing this new EP on Chavah, he said, "Play it now and into the future as much as you can!!!"

Let's take Ted up on that, and play this holy new album for Yeshua! Please support Ted's music by purchasing his album at tedpearce.com. Thanks for supporting Messiah's musicians, holy friends. And thanks to Ted for freely giving! 😎
new music