How does Chavah pick which songs to play? 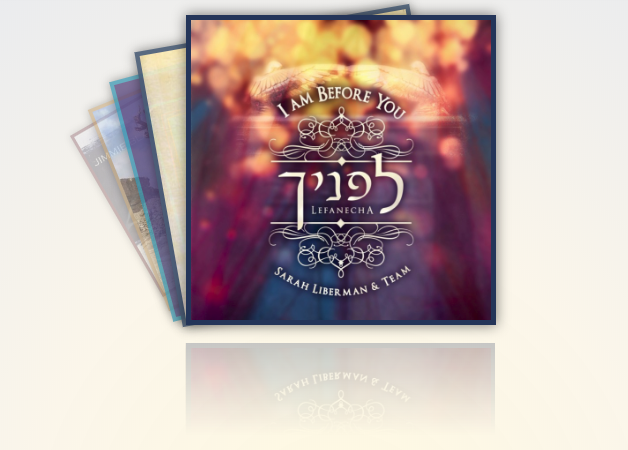 Is there a way to tell what plays at any given time? I know we can request songs, so the programming must be tied to algorithms and lots of techy stuff…

I’ve been asked this question often, so it bears a post I can link to in the future.

It’s a fair question because in some ways, Chavah acts like traditional AM/FM radio station (song requests!), while in other ways, it acts more like music playlist ala Pandora (song stream for each user). What’s going on? How does Chavah decide what to play?

In a nutshell, Chavah chooses songs for you based on your song likes/dislikes, and weaves in live song requests from listeners.

That’s the super-simplified version of the truth. The fine grained details I explain below.

Unlike traditional AM/FM radio, Chavah plays a unique stream for each user. That means Judah in Minnesota is hearing Marty Goetz – V’ne Emar, while Jesse in Chicago is hearing Miqedem – Hine Eloheinu. Two users, two different streams of music. Each of the thousands of Chavah users gets their own custom stream of songs.

Chavah plays songs based on what you like, or what songs you’re likely to enjoy. In this way, you tend to hear music you like.

Because you tell her using your thumb-ups and thumb–downs, and because of what the Messianic community on Chavah likes.

When Chavah chooses the next song to play for you, she weighs 5 factors:

That’s it! Chavah takes those 5 things into mind when choosing your next song. Clever girl!

What if you’re not signed in? In that case, Chavah chooses a song based on community ranking alone: Chavah will tend to play songs with higher rankings. 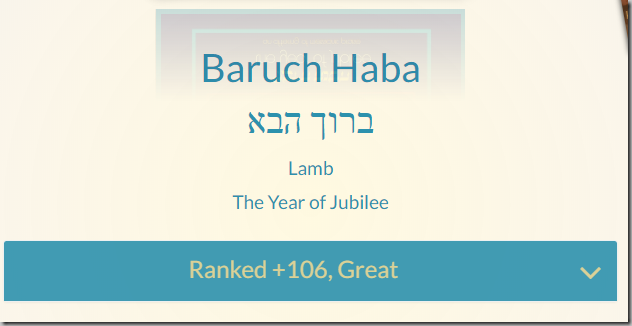 Here, Baruch Haba by Lamb is ranked +106, meaning at least 106 users have thumbed-up this song. (Thumb-downs subtract from this number.) Chavah weighs that against the average song ranking and assigns it the Great rank standing.

What is rank standing? Chavah groups songs by ranking into several standings:

Let’s look a a concrete example.

Here I’m playing a song with a +11, Average ranking. What does that mean?

If a song is near +47, Chavah categorizes that song as Average ranking. But if the song is at 1.5x the average (+70), Chavah will categorize it as Good ranking. As the ranking increases, so does Chavah’s categorization.

And what about song requests?

So far I’ve only talked about the song-choosing aspect of Chavah. She plays the stuff you’re likely to enjoy. What about song requests? 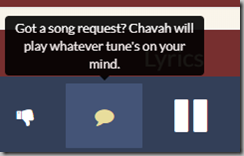 The requested song will play immediately for the person who requested it. Meanwhile, it will play for everyone else after their current song ends.

Another caveat is that if you’ve already thumbed-down the song that someone else requested, Chavah won’t play it for you.

Weaving these two aspects – songs you’ll like and song requests – Chavah aims to play a God-glorifying selection that aligns with your musical tastes. We continually tweak these variables to get the right mix – too much in one direction, and there’s no variety. Too much in the other direction, and it’s near random. So we’re continually improving Chavah’s smarts in this regard.

We hope you like the Messiah-honoring mix, fine Chavah fans.