US recognizes Jerusalem as capital of Israel

Israel celebrated by lighting up Jerusalem’s ancient walls with the flag of the US and Israel: 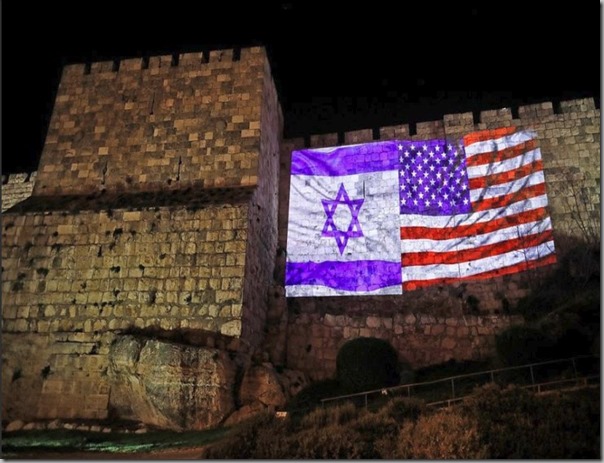 And lighting up Jerusalem’s Bridge of Strings with red, white and blue:

I just videoed Jerusalem’s Bridge of Strings lit up in Red White and Blue and Blue and White in honor of the historic and just US recognition of #Jerusalem as the capital of the State of Israel. All countries who value peace, freedom and justice should follow suit. pic.twitter.com/u3hxseDuWw

We here at Chavah Messianic Radio rejoice, as should everyone who follows the God of Israel.

For Adonai has chosen Zion,
He has desired it for His dwelling:
“This is My resting place forever.
Here I dwell, for I have desired it.
I will abundantly bless her food.
I will satisfy her needy ones with bread.
I will clothe her kohanim with salvation,
and her godly ones will sing aloud for joy.
There will I make a horn spring up for David,
I have set up a lamp for My anointed.
His enemies I will clothe with shame,
but upon himself his crown will shine.”

To Jerusalem we say, sha'alu shalom Yerushalayim! May we never forget you, and may God speedily raise up his Mashiach in Jerusalem, and in our days!